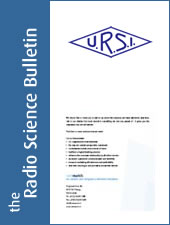 The Radio Science Bulletin (published quarterly in March, June, September and December) contains scientific articles covering the fields of interest of the ten scientific commissions of URSI. Emphasis lies on non-specialised contributions that are oriented towards the radioscientist community.

The Radio Science Bulletin also contains items of information concerning the activities of URSI; such as notices relating to past and future scientific symposia, announcements about the activities of the Board of Officers and the Scientific Commissions and the Working Groups of URSI, reports on relevant decisions of other ICSU organisations, as well as book reviews, and historical articles of interest to radioscientists.

Lists of the names and addresses of the Officers of URSI appear each year in the December issue. The Radio Science Bulletin has not been available in printed form since 2012, following a decision taken by the URSI Council at the Istanbul GASS.

URSI Radio Science Letters (RSL) is an electronic journal owned and operated by URSI. It was started in 2019 and its purpose is to rapidly publish original and previously unpublished scientific research work in all areas of radio science, in the form of short contributions that are rigorously reviewed. The journal is open access and will be published only in electronic format, one volume per calendar year. Each accepted contribution will be identified by volume number, year of publication, page numbers, and DOI. Each reviewed and accepted paper will be published as soon as full editing is completed. The URSI Board has appointed Prof. Piergiorgio L. E. Uslenghi as the first Editor-in-Chief (EIC) of the RSL. 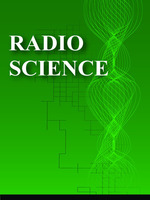 The Radio Science Journal, sponsored by URSI and published by the American Geophysical Union, contains original articles on all aspects of electromagnetic phenomena related to physical problems. It covers the propagation through and interaction of electromagnetic waves with geophysical media, biological media, plasmas, and man-made structures. 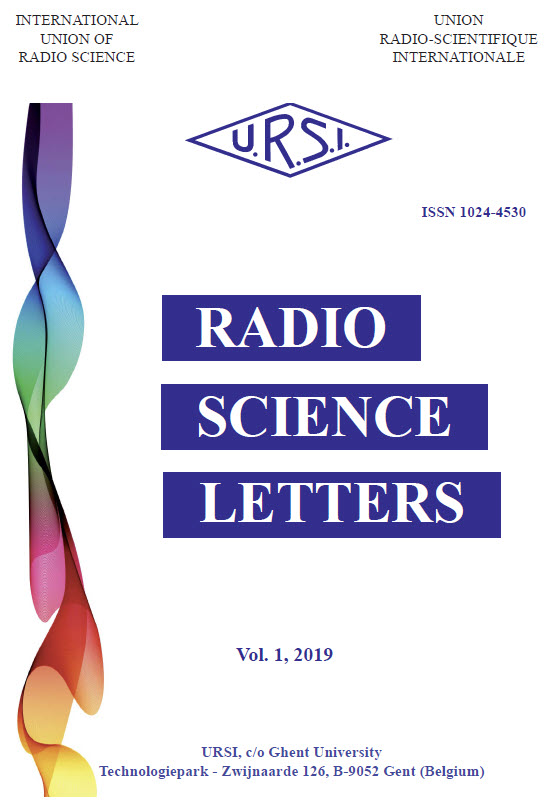 URSI Radio Science Letters (RSL) is an electronic journal owned and operated by the International Union of Radio Science (URSI). Its purpose is to rapidly publish original and previously unpublished scientific research work in all areas of radio science, in the form of short contributions that are rigorously reviewed. The journal is open access and will be published only in electronic format, one volume per calendar year. Each reviewed and accepted letter is published as soon as full editing is completed. Each published contribution will be identified by volume number, year of publication, and DOI.

Contributions to the RSL must be in the form of manuscripts in English, not exceeding four published pages in length. An additional page will be accepted at no charge if it contains only references. A template and instructions to prospective authors are provided:

The RSL is intended to be a very rapid publication journal. The Editor-in-Chief (EiC) will promptly notify the corresponding author of the comments of the anonymous reviews, of the Associate Editor’s comments, and of the consequent disposition of the manuscript. If minor revisions are required, a revised manuscript must be submitted within thirty days of the EiC’s recommendation. Any delayed submission will be considered as a new submission. Only minor changes are acceptable. If major changes are required, the manuscript will be rejected with or without a suggestion to resubmit a revised version. Plagiarism, as well as duplicate submission and publication, will result in rejection of the submission.

Please send your manuscripts to:

Authors of accepted manuscripts are expected to sign the URSI Publication Agreement as a precondition to publication. A manuscript processing charge of 150 USD per published page or fraction thereof for URSI individual members (175 USD for URSI nonmembers) is to be paid prior to the posting of an accepted contribution.

The following journals are published under URSI sponsorship:

This journal, published by the American Geophysical Union, publishes original scientific contributions on radio-frequency electromagnetic-propagation and its applications. Contributions covering measurement, modelling, prediction and forecasting techniques pertinent to fields and waves - including antennas, signals and systems, the terrestrial and space environment and radio propagation problems in radio astronomy - are welcome. Contributions may address propagation through, interaction with, and remote sensing of structures, geophysical media, plasmas, and materials, as well as the application of radio frequency electromagnetic techniques to remote sensing of the Earth and other bodies in the solar system. The journal does not publish papers on propagation in biological media, nor optical phenomena. The journal does not publish papers on the geophysics of space plasmas, which are better suited for publication in JGR: Space Physics..