At the international level, almost every branch of science functions under the auspices of, and is represented by, an organization known as a union. For the science involving the various forms of what are commonly called radio waves, the pertinent union is the International Union of Radio Science, commonly referred to by its acronym URSI (based on its name in French: Union Radio-Scientifique Internationale). URSI and other unions associated with other branches of science are, in turn, members of the International Council of Science (ICSU). 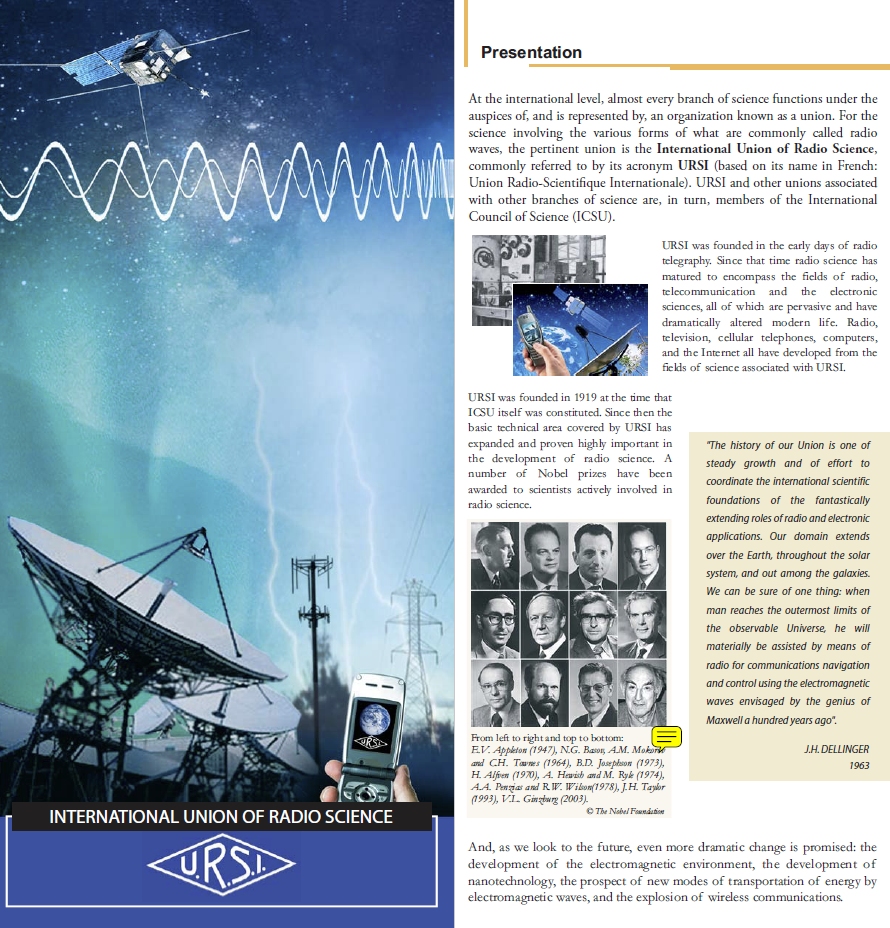